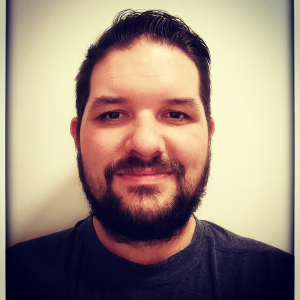 Native English speaker, from the US. Though I have lived in Australia, Mexico and the United Kingdom.
I speak some Spanish.

Focused intently on ensuring communication between tutor and learner is open, transparent and free of negative attitudes, decidedly interested in complex problems and a will to always come to some conclusion, I have 6 years of tutoring, but more than 20 years of people-centric roles and activities. This includes teaching mathematics, counselling, consultancy, community outreach, public speaking, and global online communicating to all sorts.

I have a BSc in Pure Mathematics, plus a minor in statistics. I am working on finishing an MSc in Research, where I focused on Computational Biology. I have worked in the data analytics industry and biomedical fields and in the coming months, I will start a PhD in Statistics.

I hope to be a lecturer and researcher in statistics.

6 Solid years helping students from all ages, countries and ability to gain a better understanding of mathematics and statistics.

Key areas that I like to focus on his:
Understanding
Keeping a steady pace, based on the learner
Allowing for exploration of the student to come to a solution on their own. I can chime in when needed, but I will guide you.

With training and experience in a proven method of successful communication, Motivational Interviewing, I am here to reflect and guide what you need.

Specific areas:
Calculus, Probability, Statistics, Trigonometry, Geometry, Vectors, Distributions, Differential Equations, Graph theory, I could go on. Some times it is the student who upon explaining the problem, are they able to reach a conclusion.

2017 Collaborated with fellow undergraduate math students to take the Putnam exam in California. We spent a semester going over past problems and lecturing other students.

2013 Researched and developed an undergraduate talk on the history and foundations of Category Theory. Titled: “Arrows, Objects and Abstract Nonsense”.

I have also been tutoring, marking and invigilating for the past 6 years in mathematics and statistics.

"Got an A for the first Assignment. Your tutoring really helped me to finally understand it all." - Jake "I feel more confident approaching problems I do not know how to solve." - Sarah