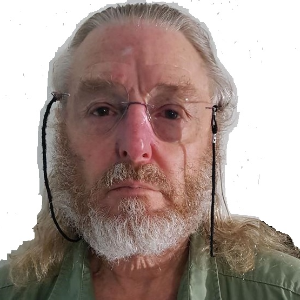 I am a highly experienced ( more than 14 years ) A-Level and GCSE Physics Teacher. I have taught the latest syllabus for all UK exam boards. I have taught in State Secondary Schools, Sixth Form Colleges, and Private Colleges, Further Education Colleges and Higher Education Institutions. I have been tutoring privately for a couple of years while continuing to teach part-time. This allows me to stay current with exam board requirements and with supporting the practical components of the syllabus for each exam board. I have been a member of middle management teams and the UCAS coordinator, responsible for Student applications to UK universities. I am very skilled at supporting students to write quality Personal Statements for Medical, Oxbridge, and Russell Group universities. I have an account with the FAULKES Telescopes and in conjunction with an Astro-Photographer in Australia, I often take very high-quality astronomical images with my students. Every year I keep my knowledge and skills up to date by attending training programs established by the Institute of Physics and network meetings of other Physics Teachers at schools around London. I have attended training programs at CERN and regularly at Rutherford Appleton Laboratories and Culham Research for Particle Physics and Nuclear and Particle Research and Fusion. I have taught and worked in the USA and Africa as well as in the UK, in industrial as well as in further and higher educational settings. I have a very wide range of experiences and resources to bring to my private tutoring.

In order to stay fit and healthy, I run, go to the gym, cycle and swim. In the past, I played Tennis, Squash, did some rock climbing, and was a State level soccer referee in California while working at The University of California Berkeley. I also held a Private Pilot license with an aerobatic rating for a few years. Currently, I am a SCUBA diving Instructor and I volunteer with the diving club at UCL. I also dive around the UK coast and in Mozambique during the Summer.
I have lived and worked in Africa, the UK, and the USA.
For relaxation, I listen to classical and African music, and I go to as many live streamings as I can of ballets, plays, operas, and concert performances, from the Metropolitan Opera in New York, La Scala in Milan, and the Royal Opera in London. I also watch Science and Documentary programs on the BBC and I listen to the BBC World Service and Radio 4.

I currently work part-time tutoring and mentoring AS and A2 Physics students at The UCL Academy. I meet face to face with individual or small groups of students, teaching parts of the syllabus (OCR), or going over internal exams, or answering questions, or solving questions from past exam papers. I explain and demonstrate parts of the practical requirements about which they are unsure, and I stretch and challenge those aiming to attain high grades. I also teach A2 Physics (EDEXCEL) one day a week at a small private college.
I tutor a few private clients face to face in their own homes, usually for 2-hour sessions, either teaching parts of the syllabus or dealing with and explaining solutions to numerical or exam problems with which the students are having difficulty. Sometimes I might bring along with me, especially if I am driving to the student's home, some practical equipment to demonstrate a principle or an explanation. For my private clients, I have students studying all 3 UK exam boards.

Most of my current tutoring clients come from referrals by word of mouth from students that I am currently tutoring or have tutored, who have been very happy with the help that they have received and refer family and friends to me when they express a need for a Physics tutor.
I am very good at recognising and diagnosing misperceptions and misunderstandings with my students and helping them to correct those. I am also very good at diagnosing student behaviors and attitudes or approaches that create barriers to learning, and I work with students to change these and develop new ways of approaching their studies. I have some training and practice in Psychology and Counseling as well as my experience teaching and lecturing Sciences, and I can bring these Counseling skills and abilities to enhance my effectiveness as a tutor.