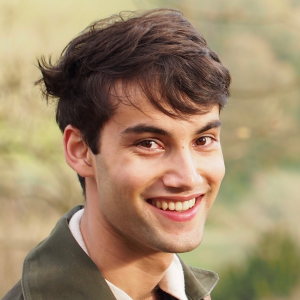 I have a double first BA in English Language and Literature from Oxford, where I was Charles Oldham Shakespeare scholar and achieved the highest mark across the university. I also hold an MPhil in Philosophy of Religion from Cambridge University.

My teaching methodology is always moulded to each student's personal learning style. Lessons are divided between concentrated bursts of individual work and interactive games and presentations. I create detailed lesson plans, but am always willing to accommodate the student's own desires, in order to engender a sense of pride in personal progress.

I have experience designing lessons for schools in Birmingham and London, including debating workshops designed to improve language skills and stimulate independent thought. I have also tutored a range of ages one-to-one, including students with learning disabilities.

I am familiar with the Oxbridge entrance exam for English and have guided friends and family in making applications.

I achieved 45 points in the International Baccalaureate and am happy to teach any of my Higher Level subjects: English, History and Music. I am familiar with recent changes made to the language and literature curriculum.

I am also able to guide Oxbridge applications and the ELAT entrance test.

My postgraduate research, for which I was awarded a distinction, crossed the disciplinary boundaries of literary criticism, philosophy, and theology. I am able to tutor undergraduates in any of these subjects.

Awarded by the Faculty of Divinity, Cambridge:
MPhil Studentship (2019)