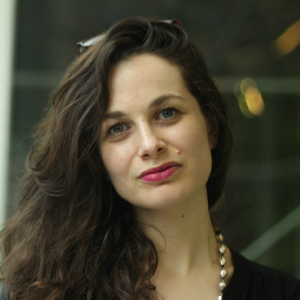 Experienced teacher in literature and French language, history and culture studies. I have taught at Columbia, Stanford, MIT and Leeds University and have tutored in NY and London for years (language, creative writing, history). I studied French and History at Oxford University for my BA.

I was raised in Cambridge, UK, and completed my undergraduate degree in Modern History and French Literature at the University of Oxford in 2008. I then moved to New York (finally living in a big city!) to start my PhD in French and Comparative Literature at Columbia University. During years as a PhD candidate, I taught in the Core Curriculum at Columbia, a one-year intensive core curriculum course for first-year students in Columbia College covering major literary works in the Western canon from Homer to Toni Morrison. I was also a Visiting Assistant Professor at MIT for one year, teaching courses in French Cultural Studies and History. I was awarded my PhD in 2017, which looked at the afterlife of the French Empire in Lebanon. I moved to Stanford University for a Mellon Postdoctoral Fellowship in the Humanities, where I taught classes on the French Empire, Islam and the Global Revolutions of 1968. I am now a British Academy Fellow in the UK, working on my second book on international students in France after 1945.

I am a Lecturer in French and Francophone Studies at university level in the UK. have taught French Language, Literature, History and Comparative Literature at Columbia, MIT, and Stanford. I have also mentored and tutored over 15 students in French language/literature for exams, or for life skills.

As a founding faculty member for the non-profit Brooklyn Institute for Social Research, colleagues and I sought to make college-level humanistic study available to the wider community. I considered it my job to help develop a trusting, close-knit intellectual community among colleagues some of whom had never been in a classroom before. Conceiving and teaching a class for high school seniors at Barnard College on Counterculture in World Literature and Film, I sought to create an environment in which students can think and take risks with one another.